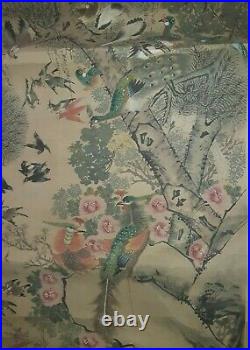 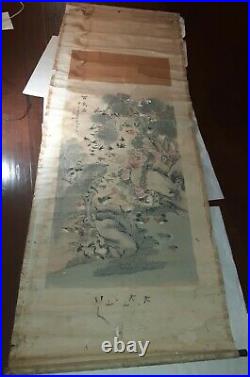 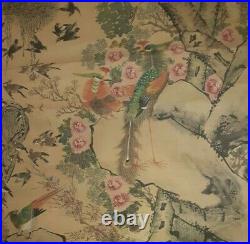 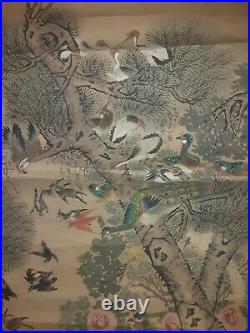 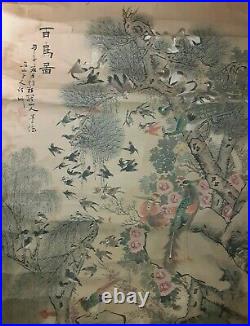 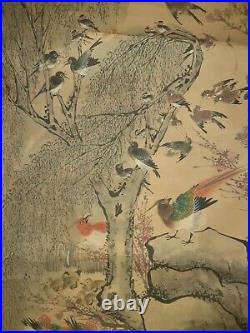 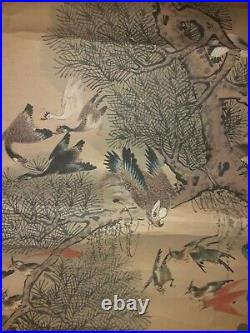 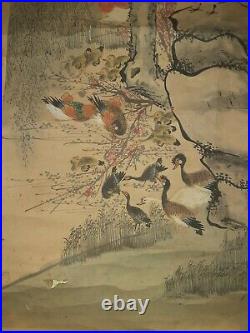 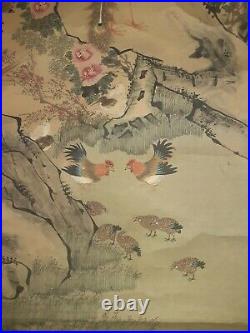 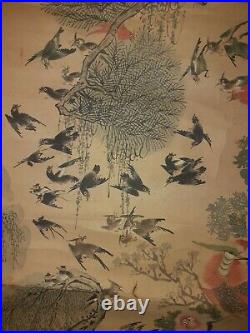 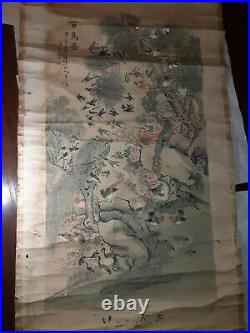 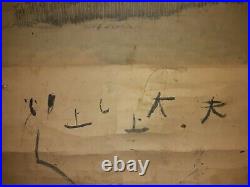 Hua Yan was an Imperial painter known as one of the Eight Eccentrics Of Yangzhou. He was of the direct lineage of the Ming Dynasty emperors and briefly worked for the government. He was highly regarded for his depictions of birds and flowers. As a young art apprentice he stated I follow Ma Yuan and Imitate Su Shi(Xu Xi). He positioned himself a title and style of Xinluo Shanren(the "Mountain man of Xinluo").

He painted in symbolic fashion which is expressed in the painting the 100 hundred birds, which depicts the phoenix as the king of birds and the peacocks symbolic of the Emperor and Empress being surrounded by many birds or people paying homage to them. Many of the birds in the scene are symbolic of the emperors officials, guards and politicians standings ready to attend to the emperors desires. Such paintings would be found in the palace of the emperor, his court, or a high ranking official.

But in Chinese art, the tradition of scroll painting presents a painting in a different way. The image is painted on a roll of paper or silk and unrolled for viewing. There are two types of scroll painting: handscrolls and hanging, or landscape, scrolls. Neither stays on the wall all the time.

The scrolls are lightweight and mobile, and meant to be enjoyed for a while and then put away, to be brought back out and viewed on special occasions. Each scroll is mounted on a wooden roller with a protective silk wrapper around the outside, and stored in a special wooden box. When you want to view one, you unroll it by hand while it's flat on a table.

The earliest known works were done thousands of years ago, and the idea might have originated with painted banners meant to hang in tombs. Artists at first used inks. Then the practice of wash painting, meaning brush or watercolor painting, was invented during the Tang Dynasty (618 - 907) and further developed during the Song Dynasty (960 - 1279).

Artists used fine brushes and water-based inks or paints, made by hand from pigments (dry materials like minerals that provide color) that the artists ground themselves. Common themes on scroll paintings tend to be landscapes (including natural features like mountains and cities), people, and birds in floral settings. This item is in the category "Antiques\Asian Antiques\China\Paintings & Scrolls". The seller is "arle_gros" and is located in this country: US.