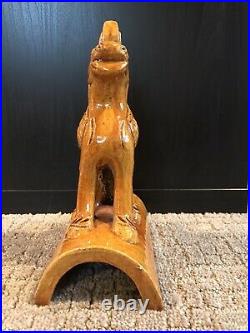 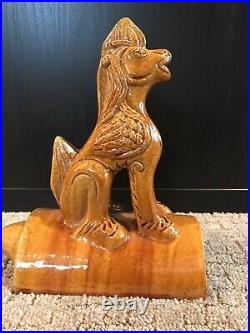 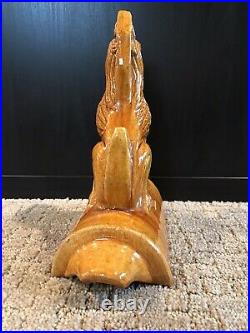 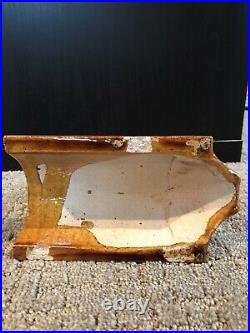 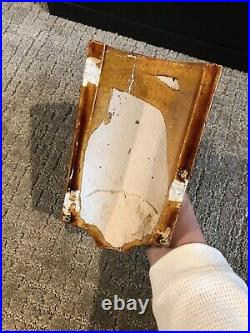 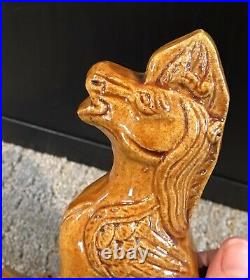 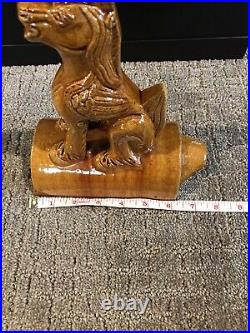 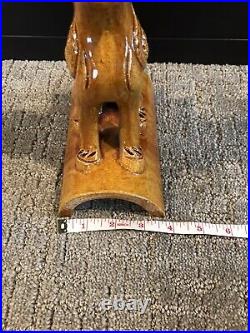 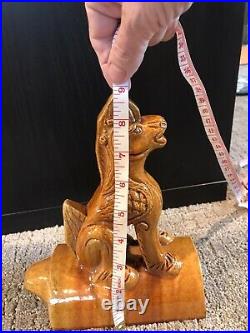 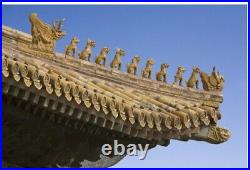 This is the type, size and color used in Forbidden city and other official or imperial Chinese locations. This is the sea horse or?? Is usually in the number four position in a series of nine (sometimes ten) auspicious ridge beasts. There are two horse figures in the traditional line-up, the sea horse and the heavenly horse, as these are very similar in appearance, they are sometimes interchangeable in the 4th and 5th positions. , next in line after the lion, are both said to have their origins from an envoy of Emperor Wu of the Han dynasty, who brought the rare horses back to China after he visited states to the west of China's borders.

According to legend, the heavenly horse soars through the sky with its large wings while the sea horse gallops underwater with its scaly skin and rubbery mane (quite different from the creatures known as seahorses today). According to the Records of the Grand Historian, Emperor Wudi practiced divination, followed instructions from The Book of Changes and received a rare horse from the Wusun Kingdom.

See other listings if you are also interested in the heavenly horse. See wiki link below for more detail. This item is in the category "Antiques\Asian Antiques\China\Figurines & Statues".