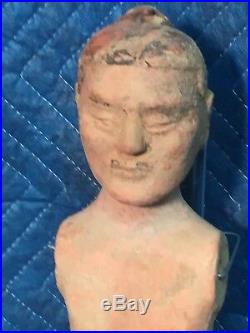 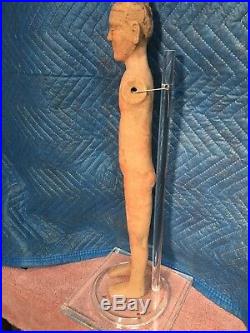 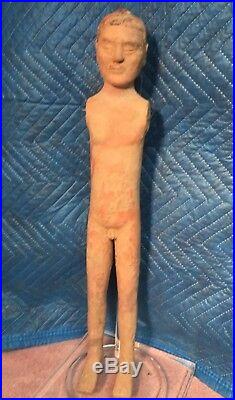 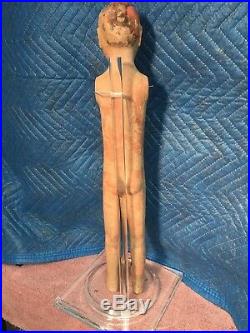 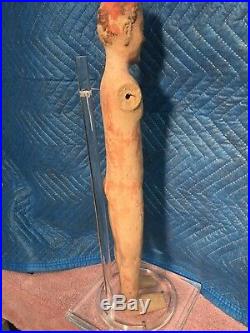 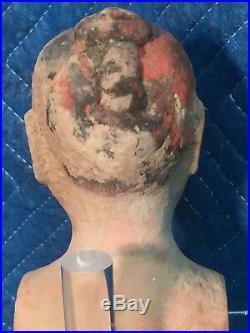 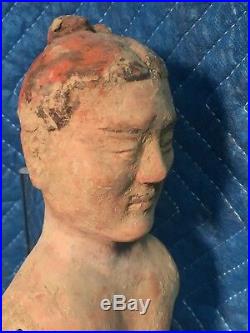 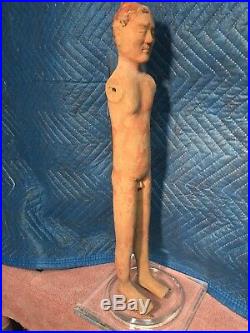 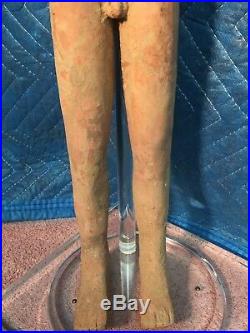 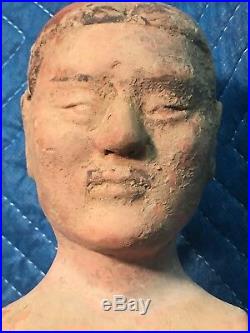 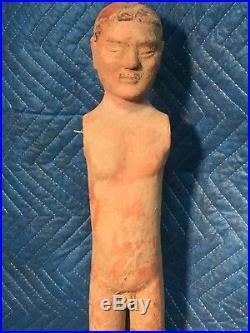 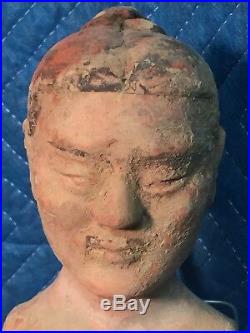 We are offering from our private collection a vividly molded terracotta pottery figure of a Han Dynasty (206BC to 220AD) royal burial stickman solider which we acquired in December 1993. This figure originally had wooden arms and fabric dress which decayed over time. The nude standing figure has very prominent facial features and is anatomically correct. The figure still has evidence of its original orange paint which was used to simulate skin color and black pigment used to simulate hair and enhance facial expressions.

Additionally, the figure has red pigment on his head from the remains of his original red fabric hat. The figure is in excellent condition considering it is over 2000 years old. Nude figures were interred in great numbers in imperial burials during the Han Dynasty. These figures formed the household staff and protecting army for the deceased nobleman. The Han terracotta figures used for royal burials marked a gradual decline in the practice of human sacrifices to ancestors which had been common in older Chinese dynasties. This nude terracotta stickman soldier, on its custom plexiglass stand, comes with its Certificate of Antiquity dated December 1993 and a book compiled by the Archaeological Team of Han Mausoleums Archaeological Institute of Shaanxi Province (China) titled. The Coloured Figurines in Yang Ling Mausoleum of Han in China. The item "Ancient Chinese Terracotta Pottery Soldier from a 108 BC Han Dynasty Royal Tomb" is in sale since Wednesday, July 25, 2018.